A pulse wave is a type of waveform. In particular, it is one that only has two possible states: on or off. (This means that you could record music made up of just a pulse wave as 1-bit audio rather than the 16-bit standard pioneered by CDs, but as that music would be monophonic and monotimbral, it would probably give you listening fatigue pretty quickly). A square wave is one example of a pulse wave. To be exact, a square wave is a pulse wave which spends exactly the same amount of time in the off position as it does in the on position. 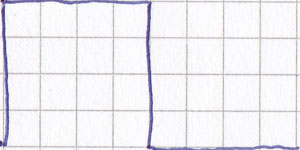 Like with all simple, repeating waveforms (such as sine waves, sawtooth waves and triangle waves, for instance), the frequency (in musical terms, the pitch or note) of a pulse wave is simply how often it repeats. It is measured in Hertz. For example, a waveform that repeats 261.626 times a second has a frequency of 261.626Hz, and is the middle C on a keyboard. However, unlike sine waves, the timbre of the pulse wave can also change. This is achieved by changing the duty cycle of the waveform. 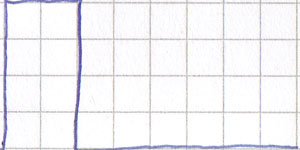 A pulse wave with a duty cycle of 25%

The duty cycle of a pulse wave is the ratio of how much time it spends on and off. As I mentioned, a square wave is a type of pulse wave: it is a pulse wave which spends exactly the same amount of time on as it does off during each repetition. To put it another way, it has a duty cycle of 50%. A pulse wave which spends only a quarter of its time on and three quarters of its time off is said to have a duty cycle of 25%. Providing the difference between the amount of time spent on and the amount spent off is changed, but the time taken to repeat the whole process remains constant, the frequency (note) will stay the same and the timbre (what it sounds like) will change.

Changing the duty cycle of a pulse wave is known as pulse width modulation, or PWM for short. It is a feature of many synthesizers, not to mention the Commodore 64's musical SID chip. The sound evolves while the note stays the same, which is the basis for many strings and bass drones (for a good example of this, listen to Vangelis's soundtrack to Blade Runner). It is a vital tool in the string machines of the seventies.

Curiously enough, a company called Analogue Systems has applied this duty cycle principle to sawtooth, triangle and ramp waveforms in its RS95 oscillator module. Imagine a waveform that moves up to the top during the "on" stage of a duty cycle, and moves back down to the bottom again during the "off" stage. With a duty cycle of 0% it would be a sawtooth wave, 50% would give you a triangle wave and 100% would result in a ramp wave. Sadly, I can't vouch for how good it sounds, but it seems like an interesting idea.

So if you've ever considered dabbling in building a synthesizer or programming a softsynth, it's worth considering the rich possibilities a duty cycle can add to a waveform. After all, noise and self-oscillating resonant filters aside, in subtractive synthesis, the oscillator is the starting point of everything.